The collective was invited to be part of Traç Acció 2015, a project celebrating the 40th anniversary of art school Escola Traç, Barcelona.
The school organised workshops and seminars that included Penique productions. It was the first time working and sharing our art with young children – a fantastic experience!
The students were involved in every aspect of delivering the inflatable. Overseen by Penique, the students decided everything, from selecting the color and site, to the actual creation, installation and inflation of the balloon. Later they were allowed to play in the transformed space, exploring what they had created and drawing all over the inflatable. 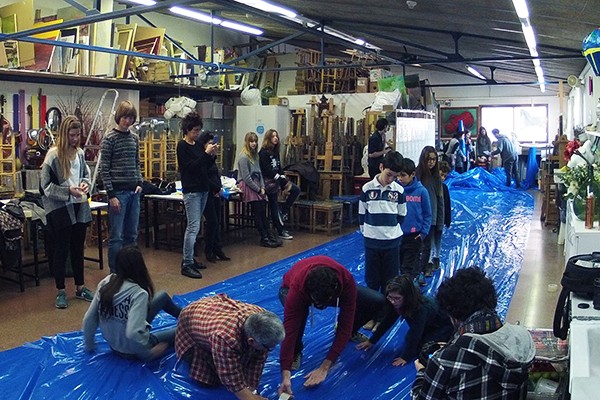 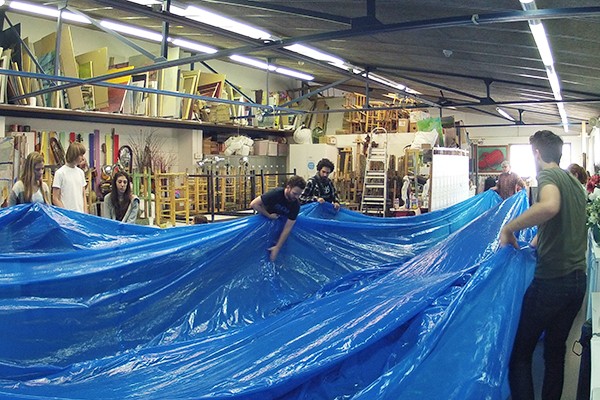 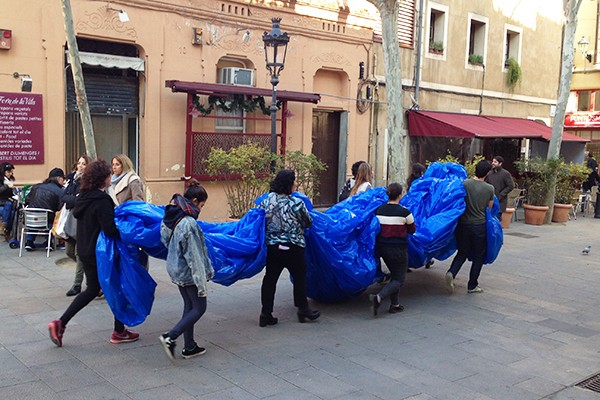 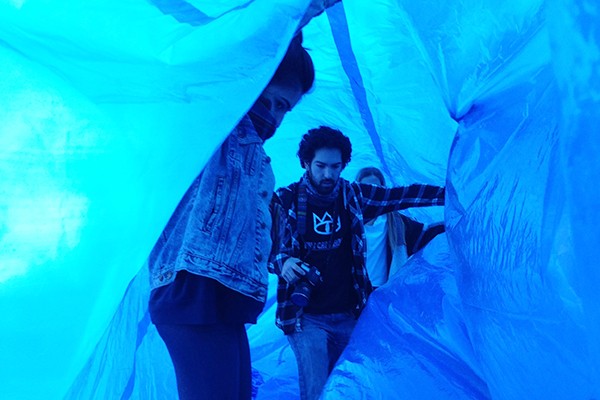 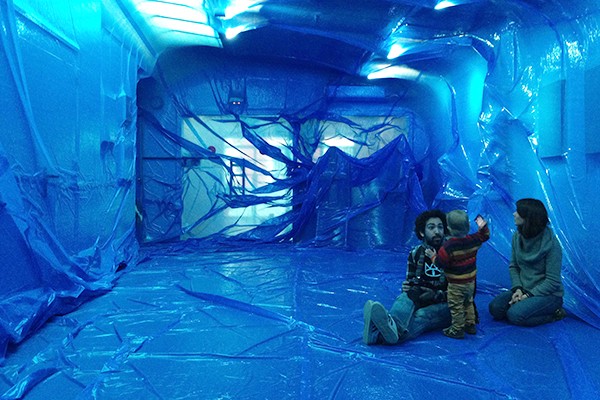 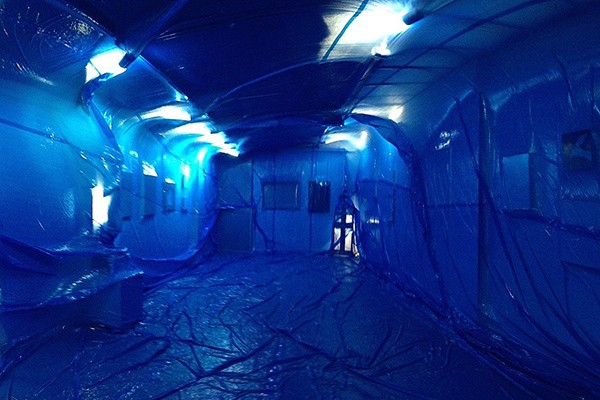