Invited to participate in the fourth edition of the Evi Lichtungen Light Art Biennale, Penique productions delivered Purpurner, a huge purple inflatable located in the altar of the Ottonian church of Saint Michael (11th century) in Hildesheim, Germany. Recognized as a World Heritage Site by UNESCO in 1985, it is one of the few simultaneous churches, where Catholics and Protestants share the place. It is in this sober but impressive context where the installation is created, which, from the outside, boasts an imposing belly that dialogues with the central nave, where the patrimonial paintings on the ceiling (13th century) are found, in contrast with the human scale; inside, the public is confronted with the recognizable altar where the table, the cross and the baptismal font (1618) are covered by the lilac plastic skin. The changing day light passes through the translucent plastic globe contained by the columns and characteristic arches; while at night, a discreet light project highlights the relationship between the balloon and the architecture. 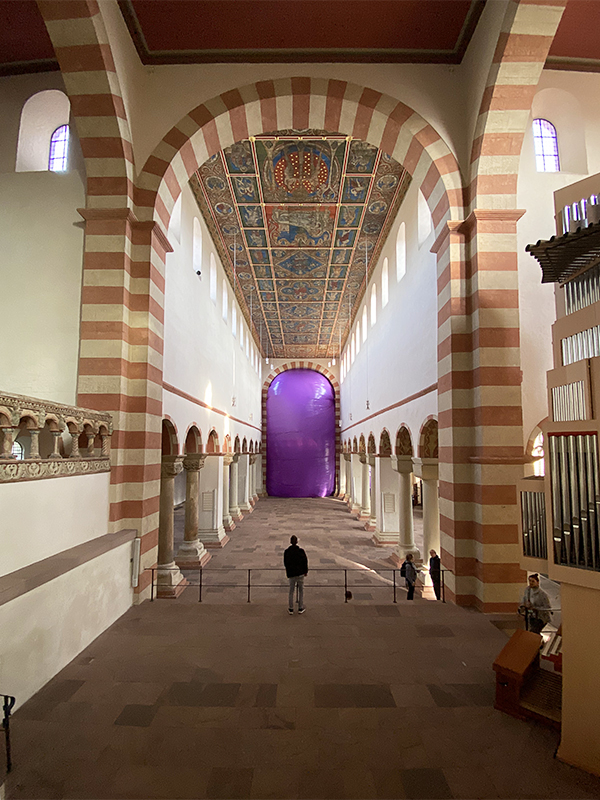 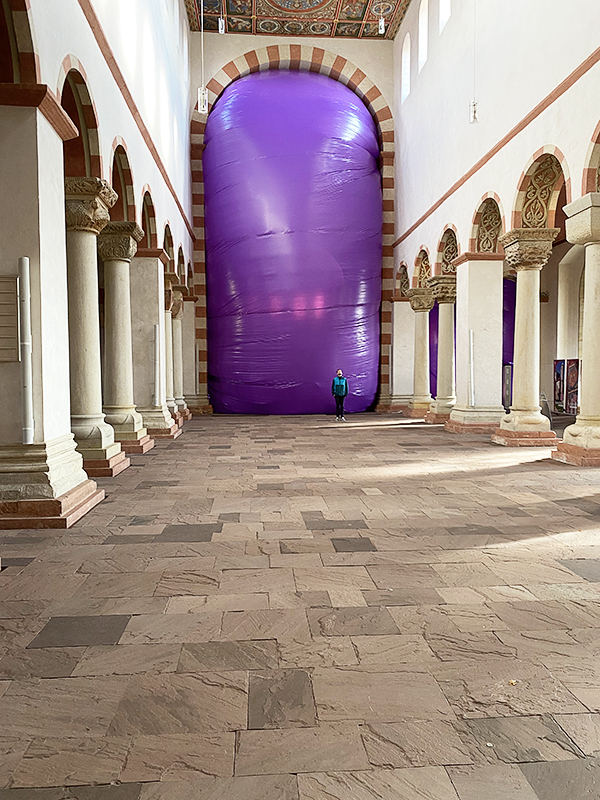 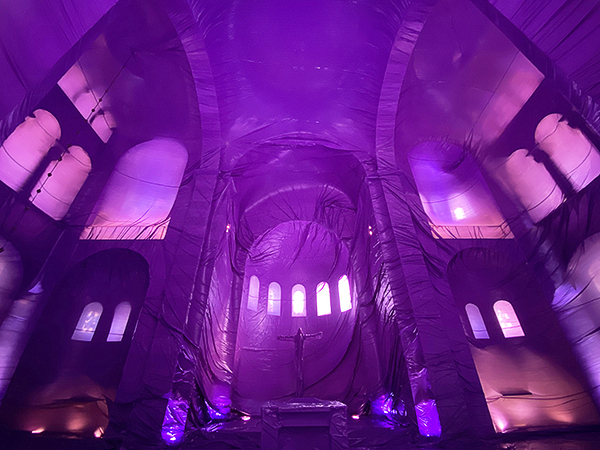 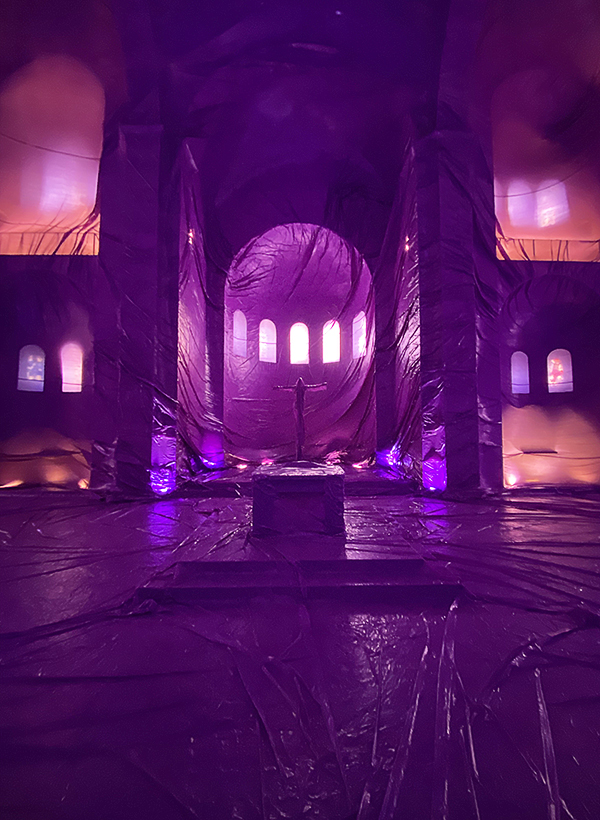 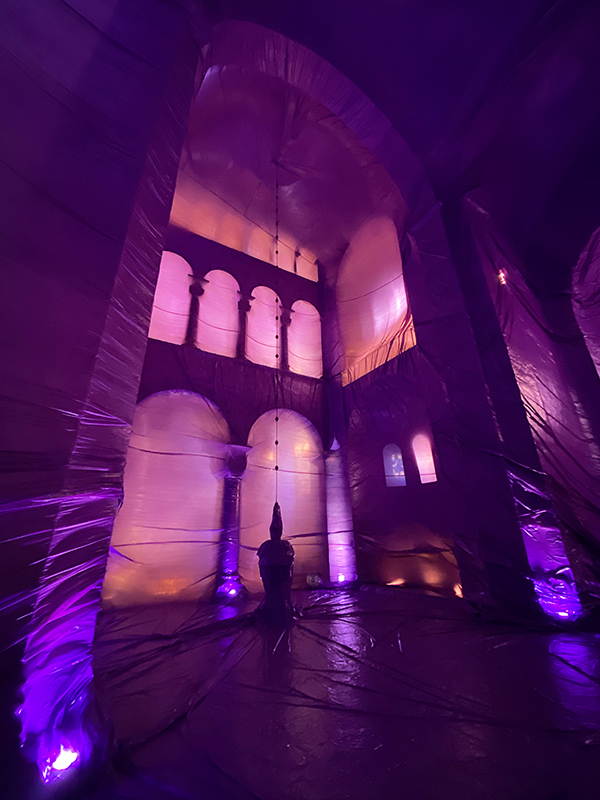 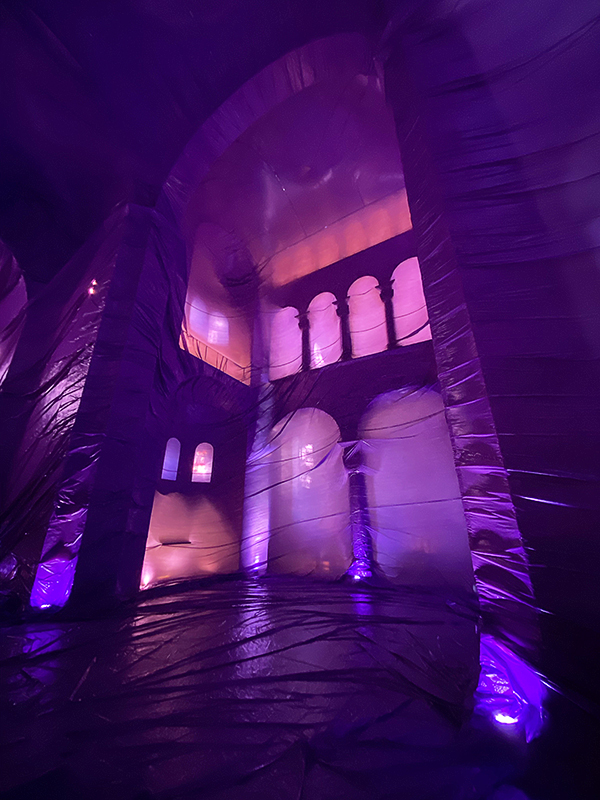 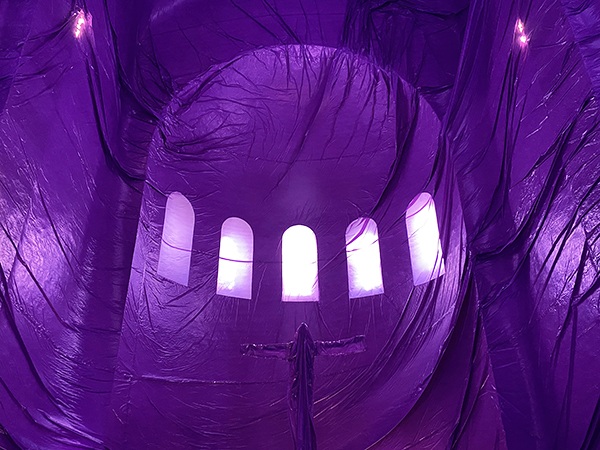 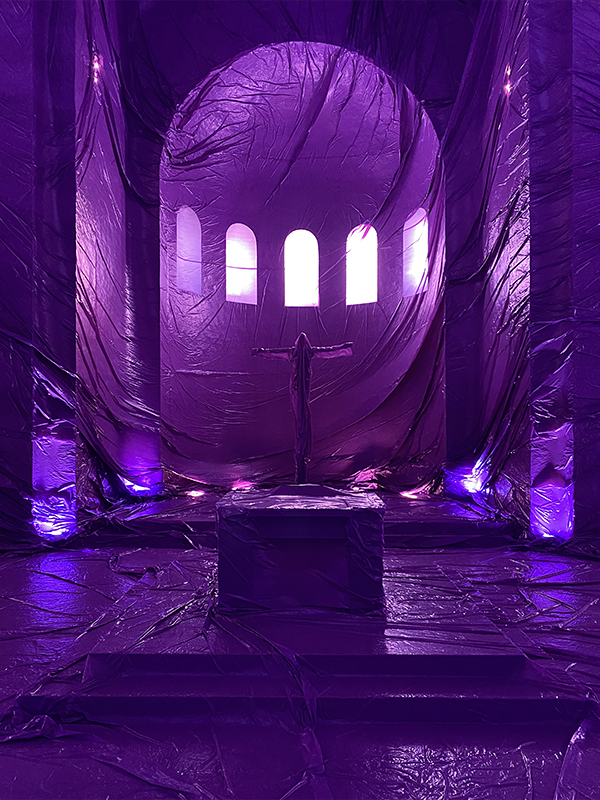 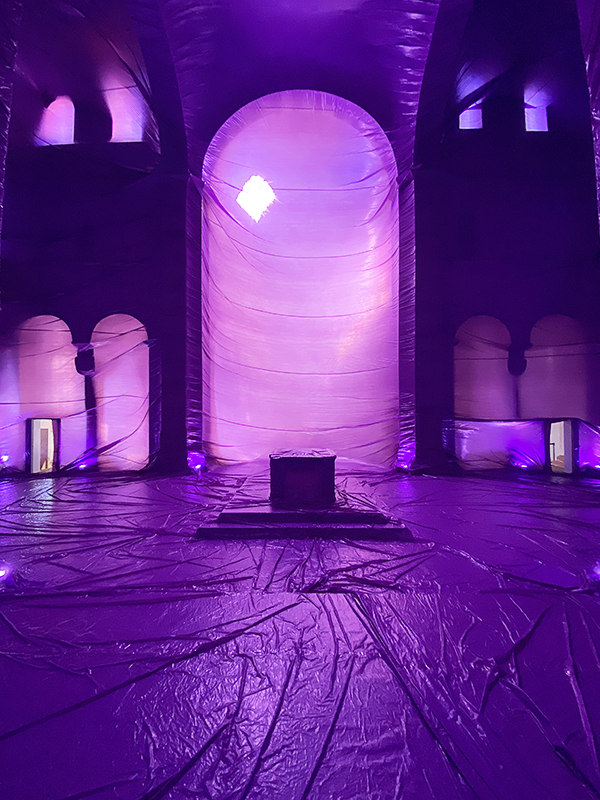 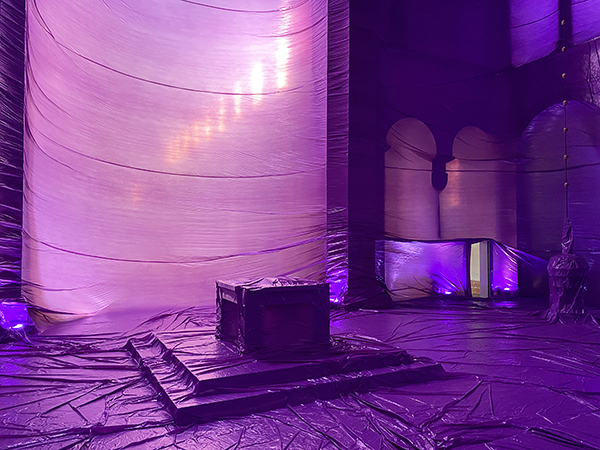 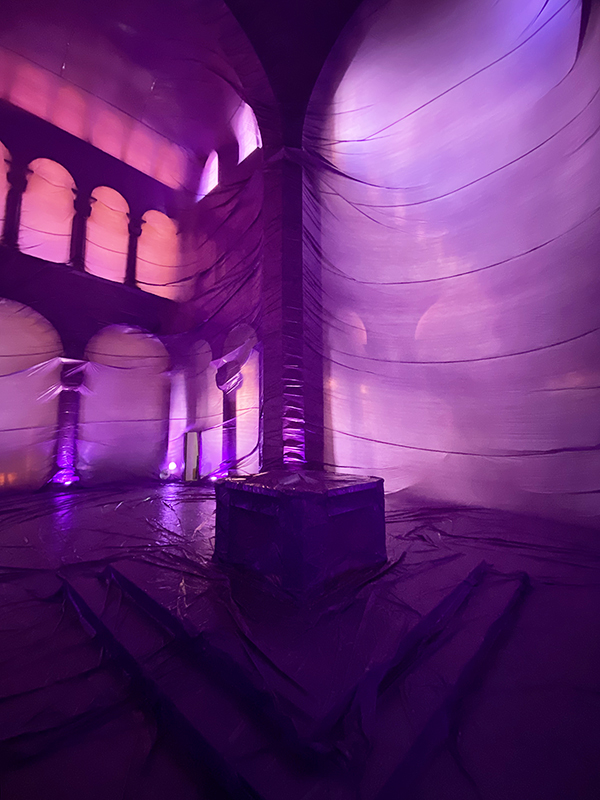 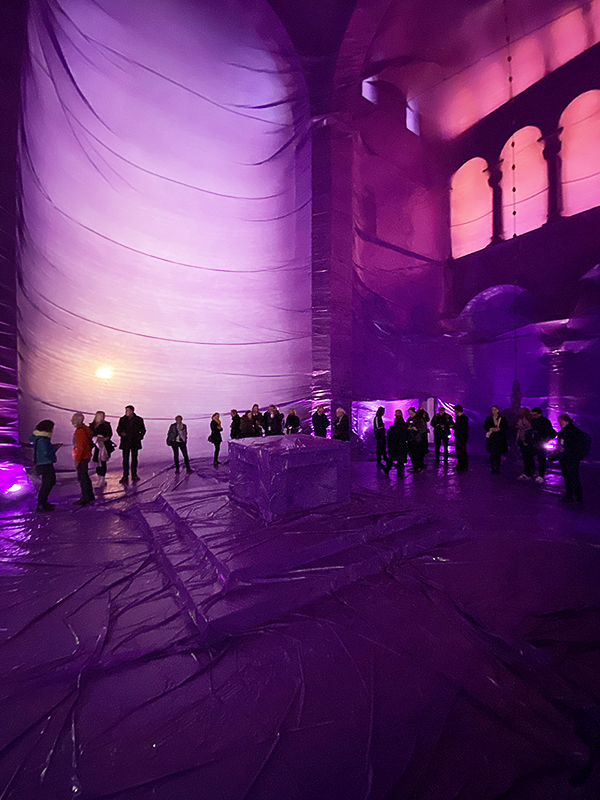 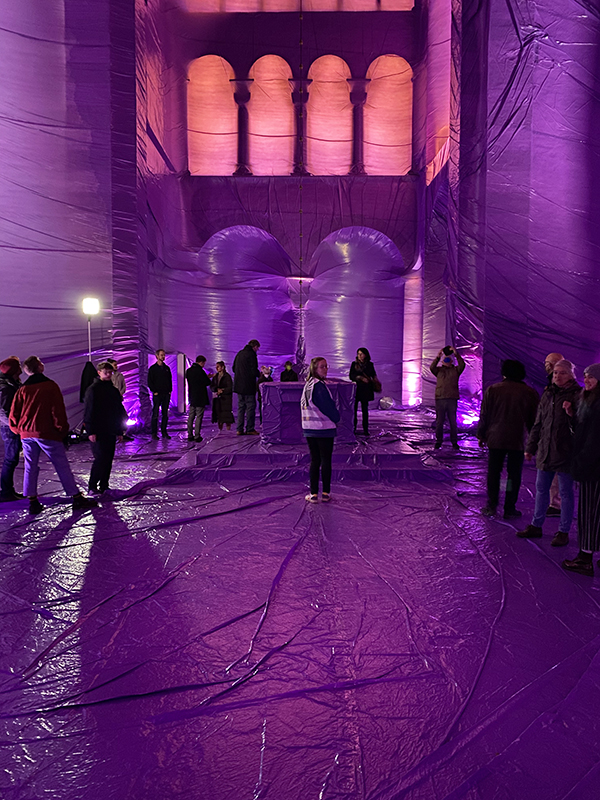 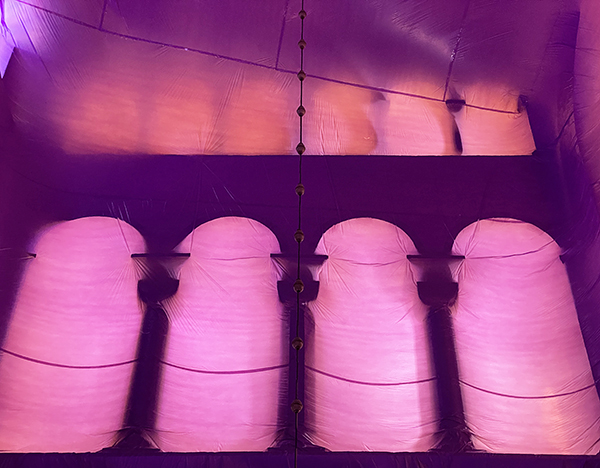