A Cel Obert 2017 saw the realisation of Globus Verd A Cel Obert, a project first discussed at the festival’s last annual edition.
Selected for the festival, Penique travelled to Tortosa, Spain to create a special installation at the Pati de Sant Jaume i Sant Maties, 1544.
Separate inflatables were installed in each colonnade of the three-tiered Renaissance structure. The balloon expanded through the archways creating stark contrast between old and contemporary; the classical roasted stone and the monochrome, modern green plastic.
From the patio beneath, the rhythmic tiered quadrant of symmetrical arches appeared hive-like, each green balloon framed in its own individual struggle to escape.
The interior, its architecture unified in colour and texture by the monochrome plastic, offered various intriguing viewing points down into the installation.
Over the three days, fluctuating air pressure from around 1000 visitors entering & leaving, combined with the natural changes of light & temperature, continuously altered the inflatable’s appearance. 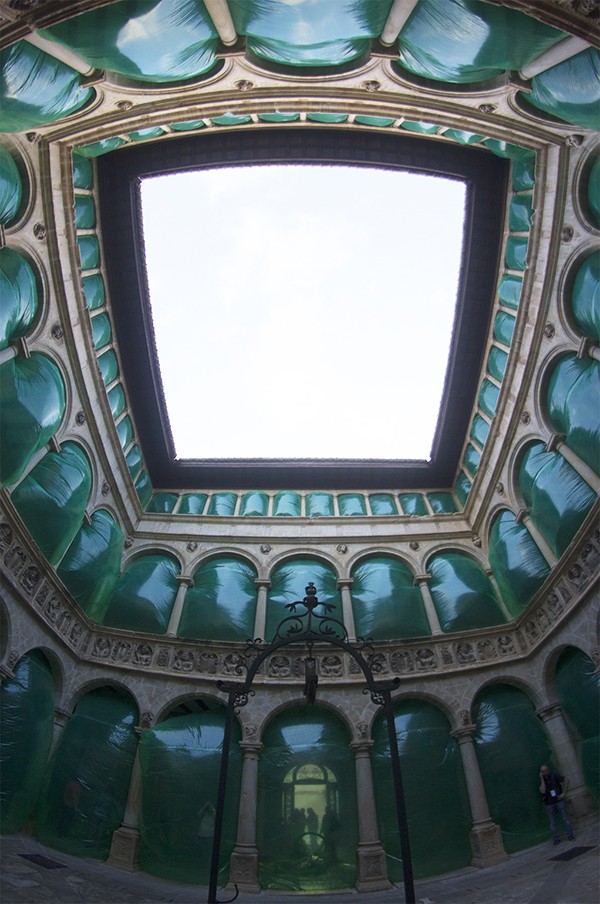 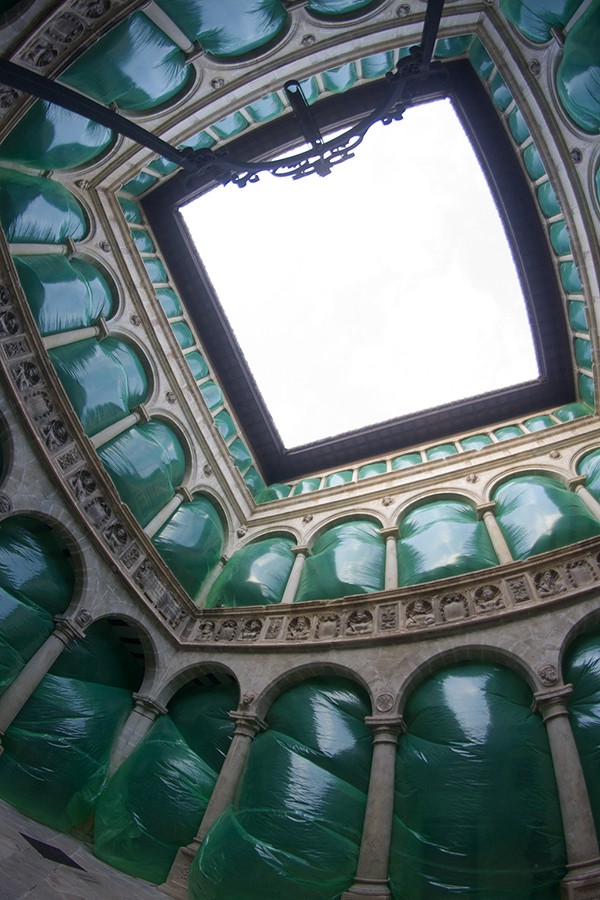 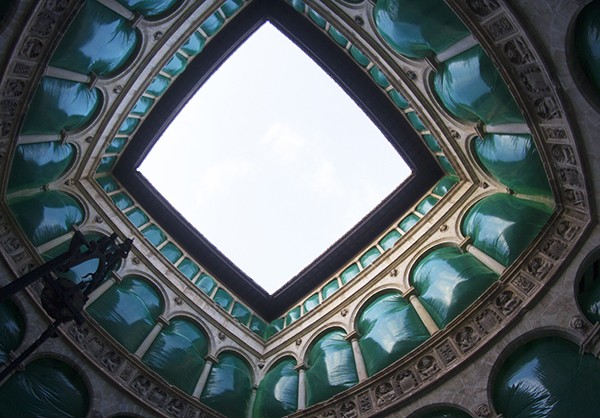 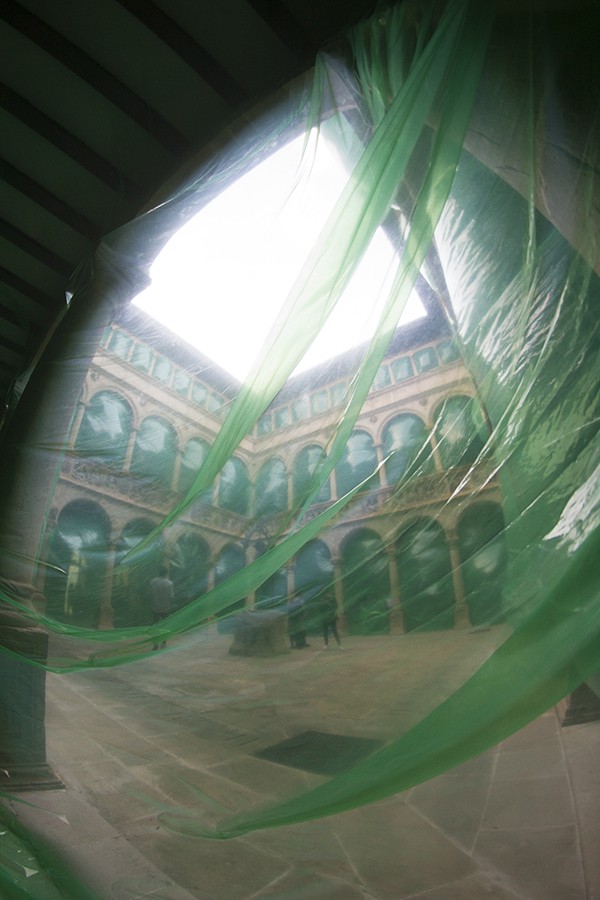 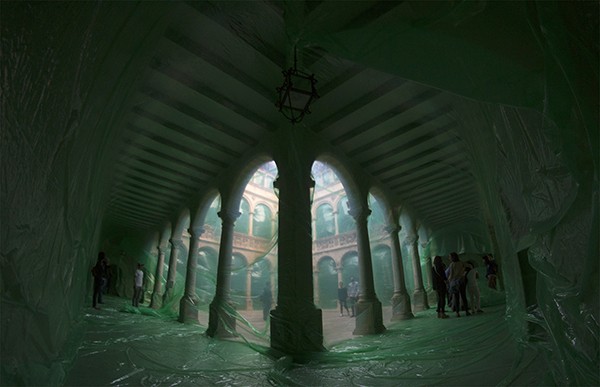 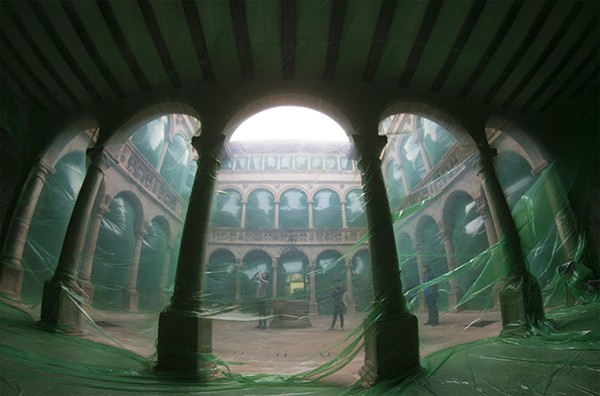 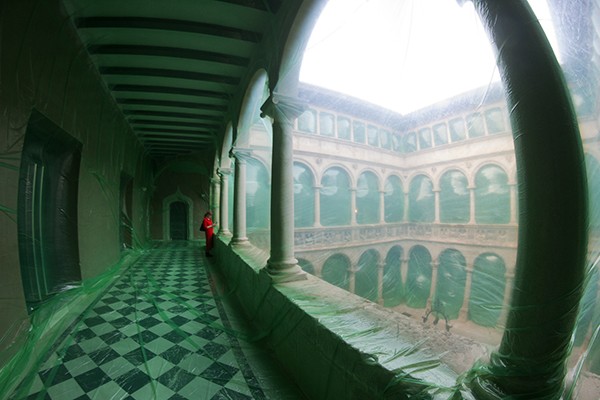 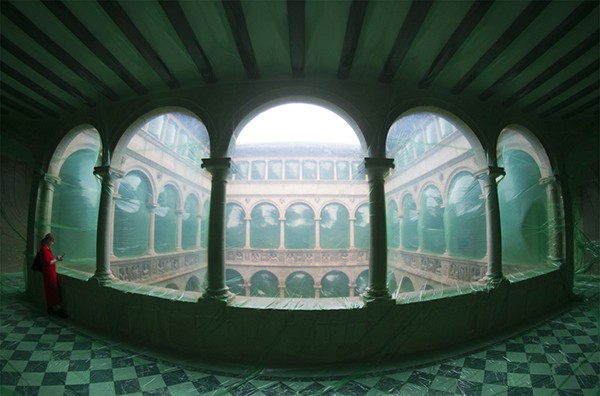 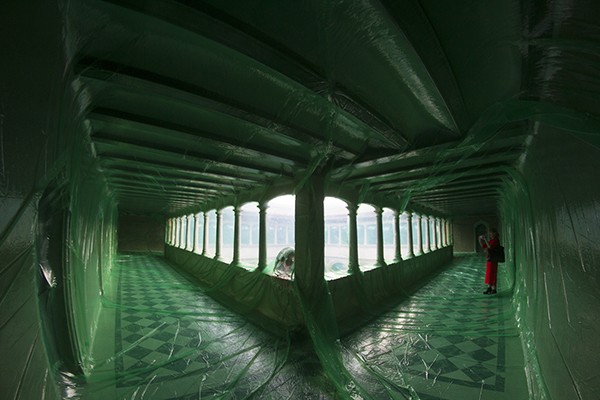 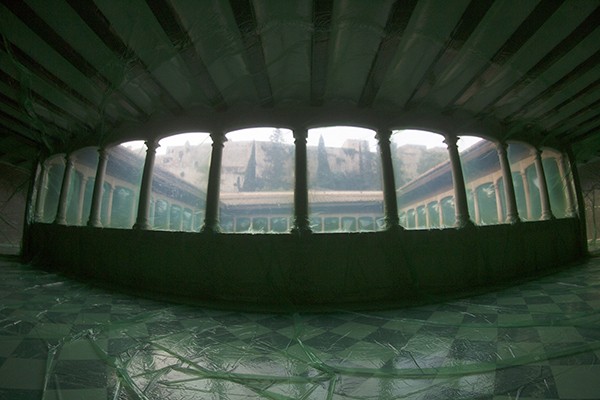 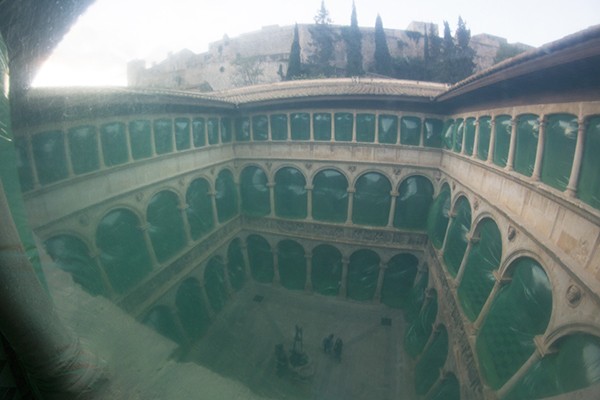 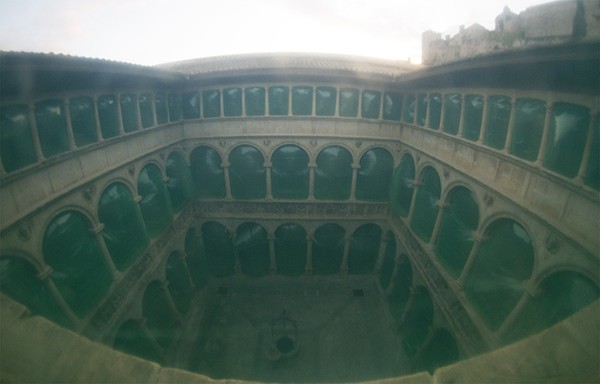