For Outdoor Festival, Penique requested a room with two doorways. We wanted to explore the relative behavior of two inflatables comparable in their proximity and constitution, yet independent of one another due to separate air supplies.
A larger yellow inflatable filled the room, limited by the walls and ceiling. A smaller red inflatable cube sat inside its larger counterpart, one face flush with the outer wall containing one of the doors.
Each inflatable could be accessed from the outside only. In doing so, the visitor influenced the air pressure and subsequent shape of each inflatable.
Entering the red inflatable, it would deflate – via air escaping from the entrance, amplified by exterior forces of the pressure within the yellow inflatable.
Observed from a distance, the red inflatable appeared to breathe with each coming & going. In contrast, the yellow inflatable held shape, constantly battling with the finite limitations of the room.
Penique achieved a dual-purpose installation igniting conversation between two self-contained inflatables and the visitors that influenced them in real-time. 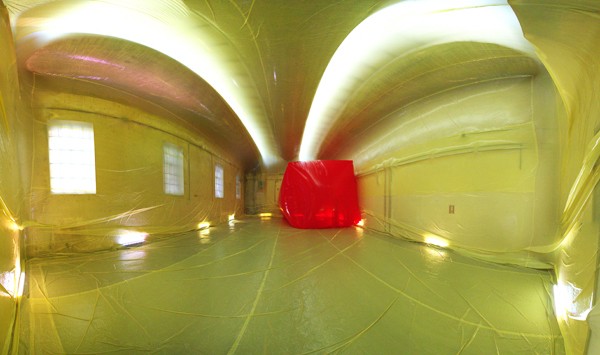 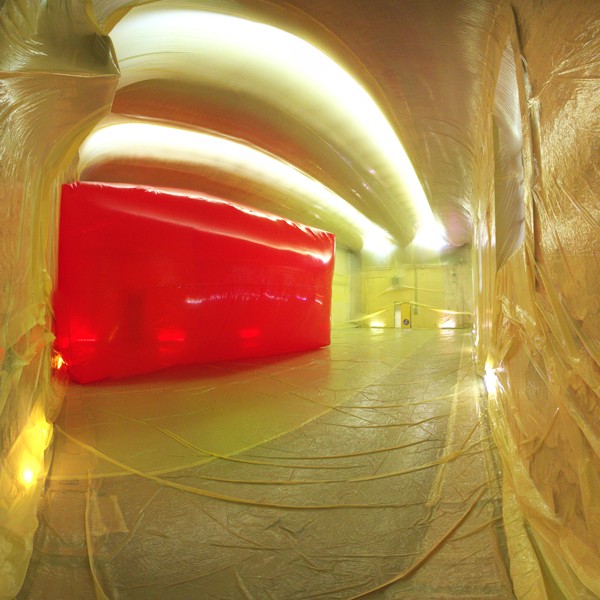 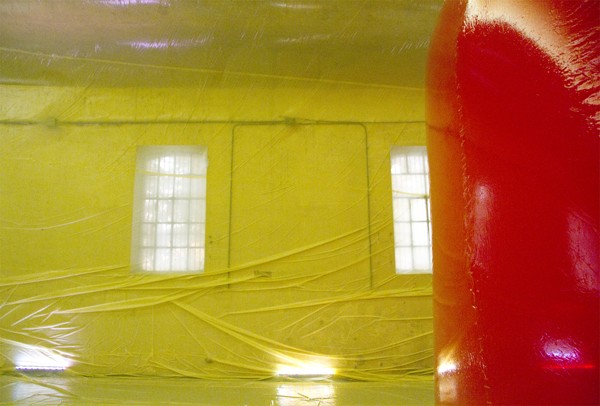 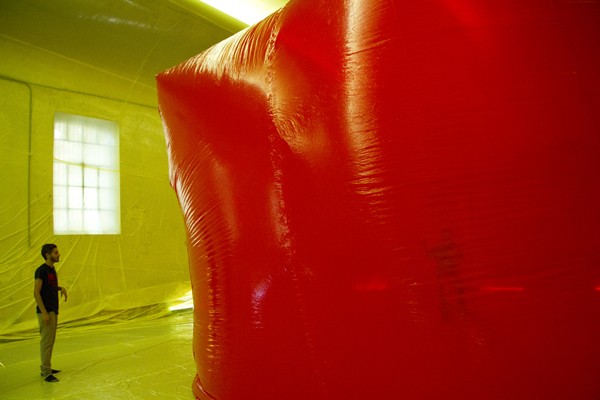 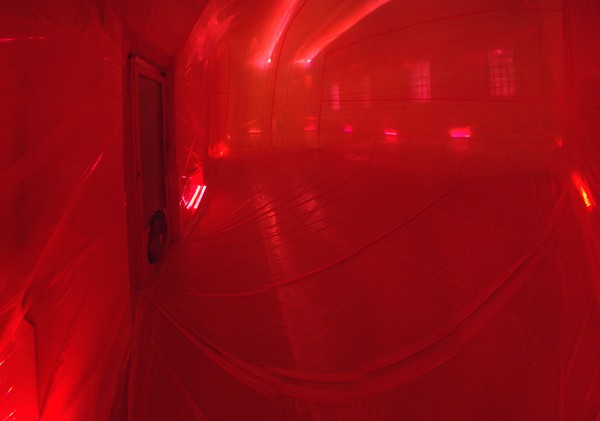