The first show in Rio de Janeiro took place, appropriately, at the Visual Arts School of Parque Lage, where one of the collective studied. An iconic institution in Brazil, the school is part of the stunning botanical gardens of Rio.
Naturally, the building’s classical features dating from a 1920s remodeling were intriguing to work with. An impressively tall, open-air colonnade centered on a swimming pool was the site for Penique’s orange manifestation.
The giant inflatable occupied the entire courtyard, pool included. A tropical climate, assisted by the fans, inflated the balloon rapidly with an intense humidity and heaviness inside.
Combined, these elements helped to deliver an impressive transformation, both physical and elemental. Hugging the buildings architecture, invading each alcove, even threatening to escape the building, its bulbous, protruding orange crown was visible from miles around.
A Piscina do Parque Lage was a visually striking inflatable, an appropriate artwork for a School of Visual Arts. 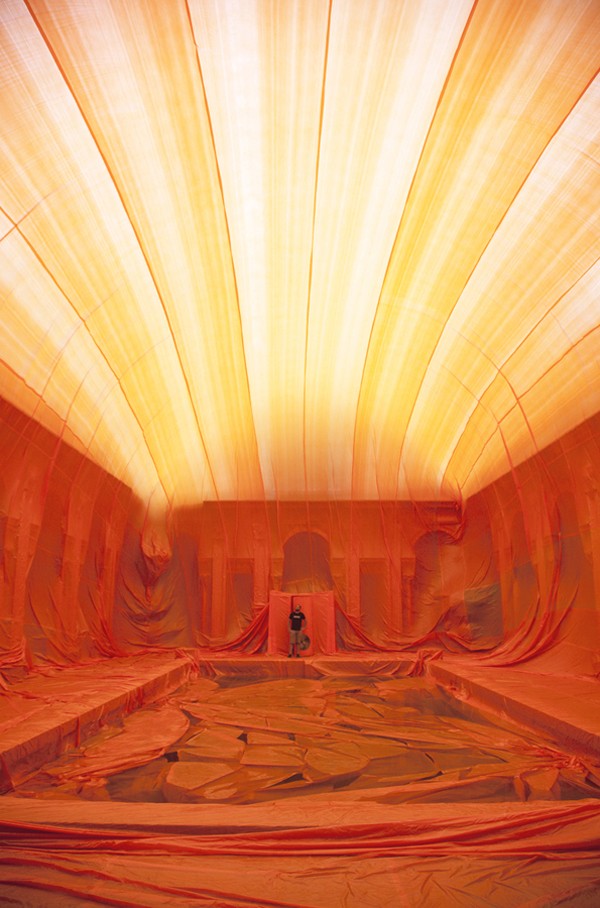 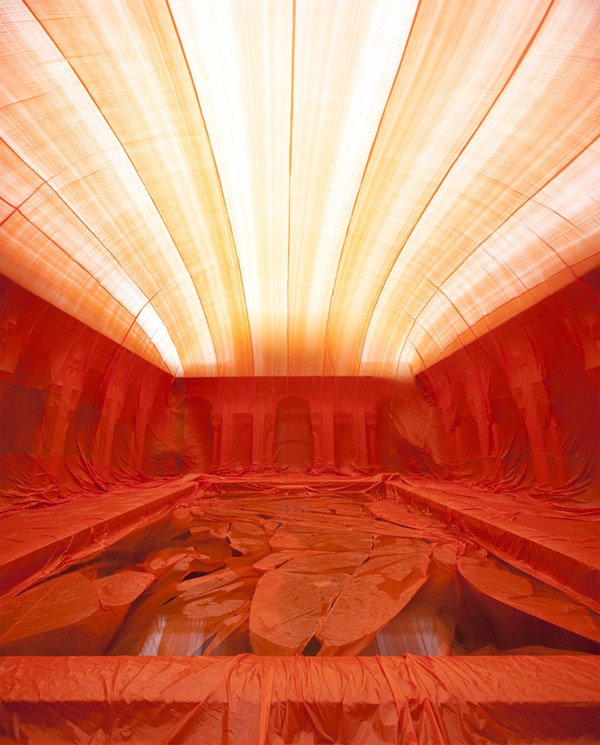 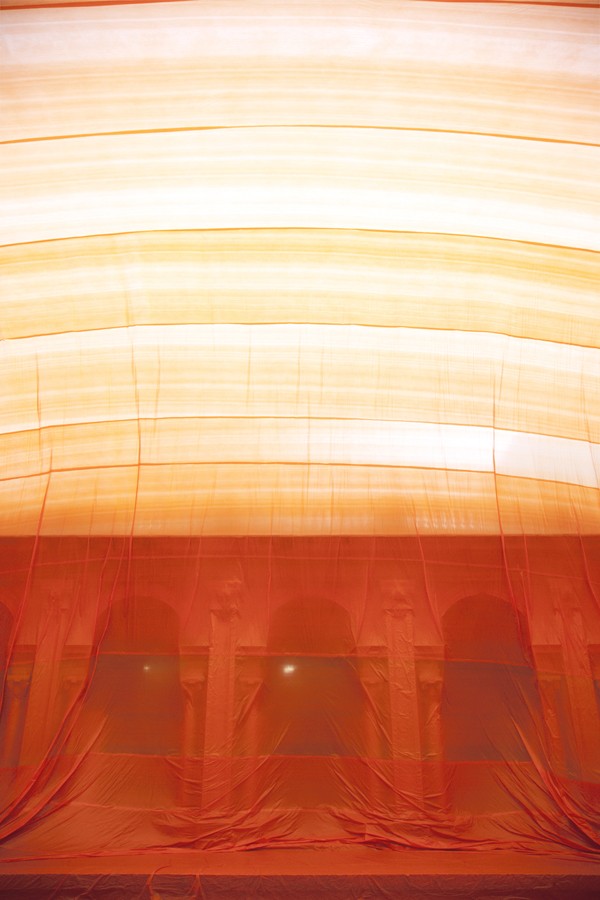 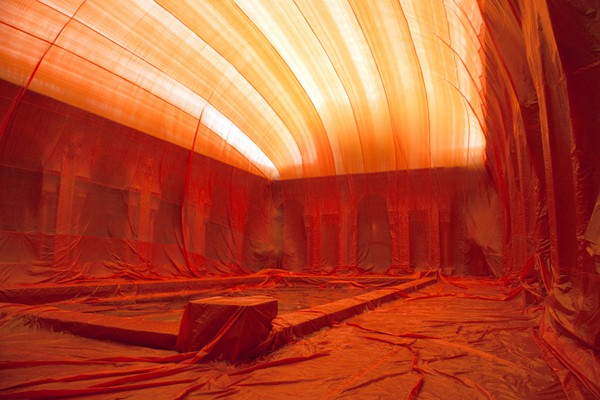 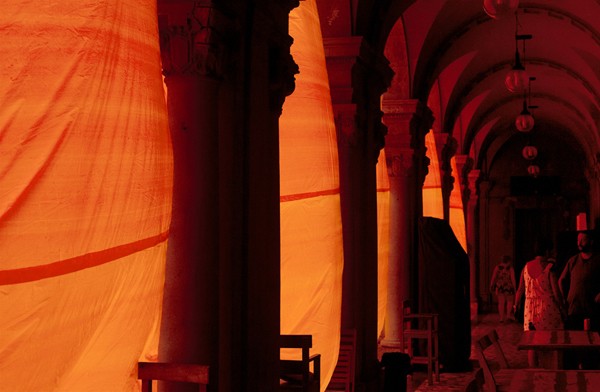 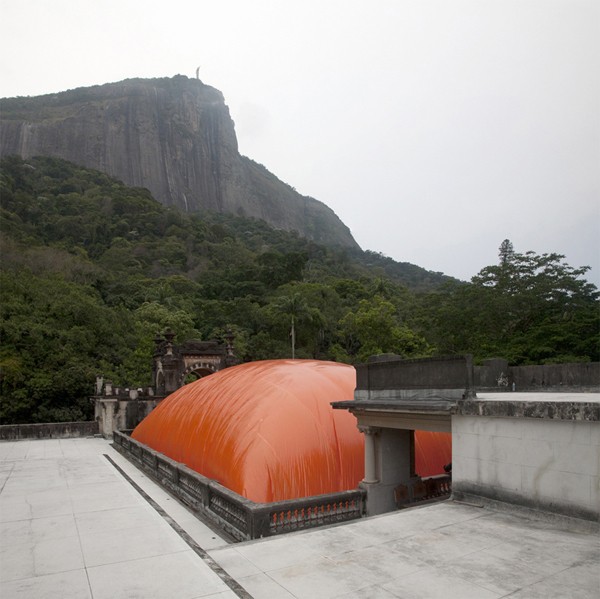