Mentrestant celebrated the opening of a new gallery space for Galeria Mutuo, Barcelona. Penique proposed an experimental series of inflatables, trialing a new brittle, shiny and chrome-plated material.
The installation was created as a three-phase experience.
As the viewer approached Room 1 they were confronted by a silver inflatable. However, upon entering the interior switched to a bright gold.
Phase two led the viewer through a gauntlet of silver inflatables on either side fighting for space. Each piece was supplied by an individual air source allowing them to be inflated and deflated as required, continuously invading the walkway.
The final act saw freestanding, totemic inflatables manipulated to create movement and subsequent sound, via electronic devices. These mutating, pulsating, sculptural works seemed alive. 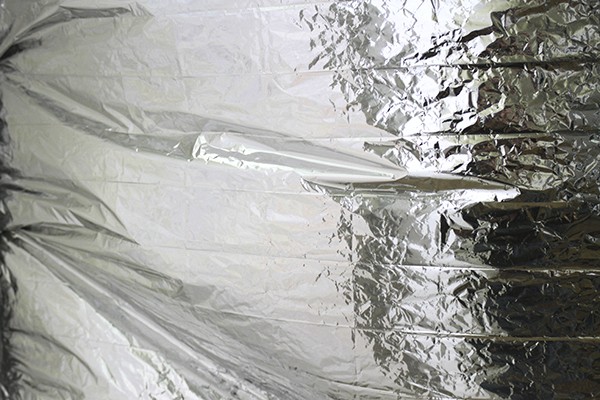 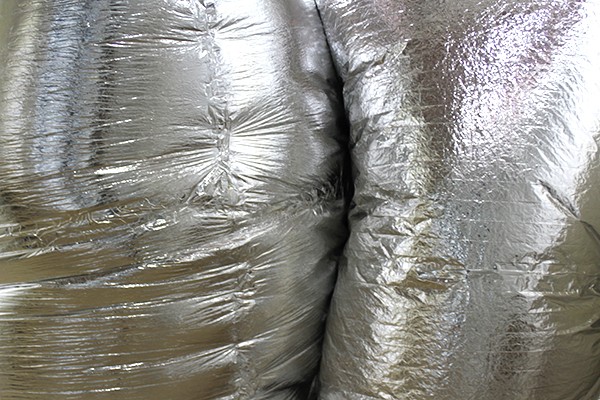 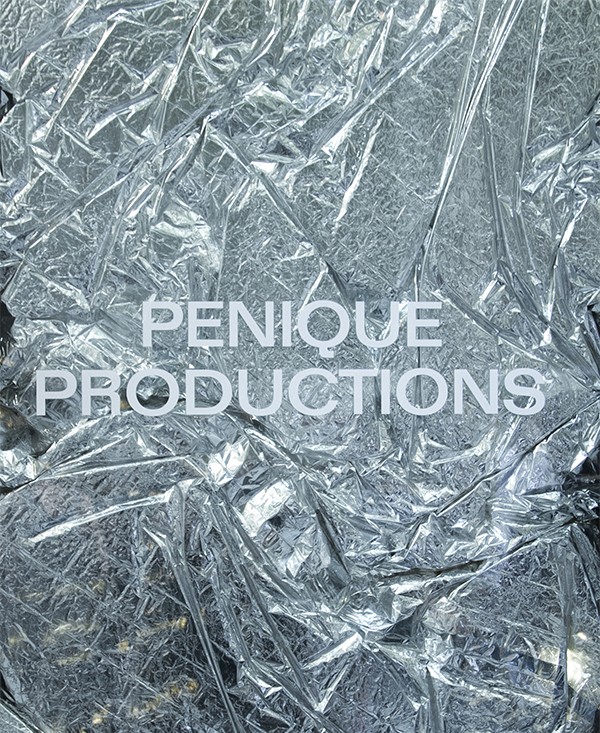 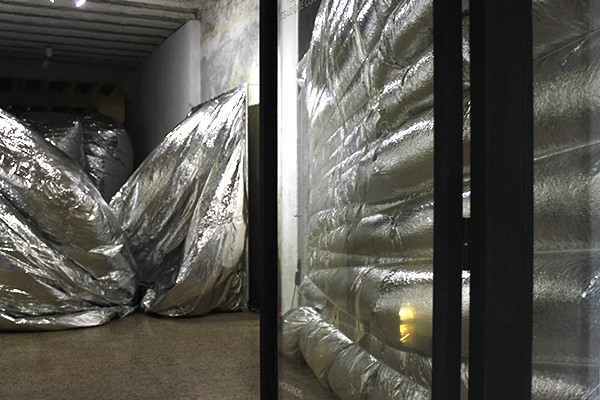 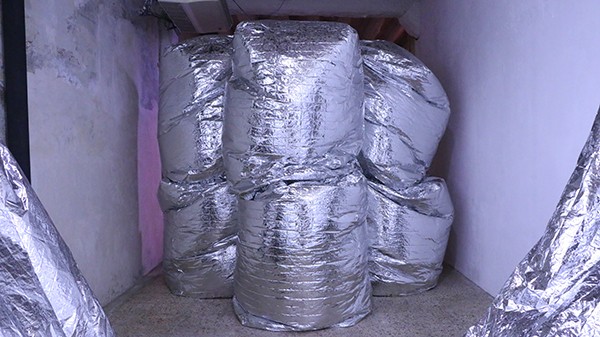 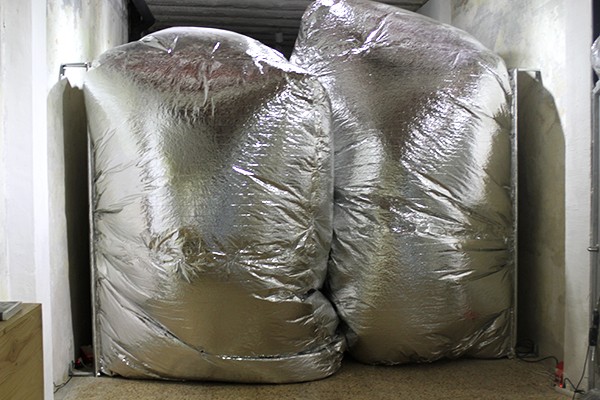 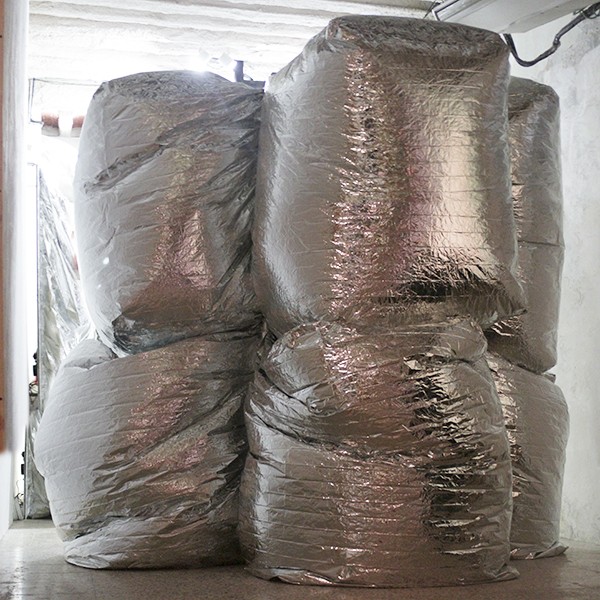 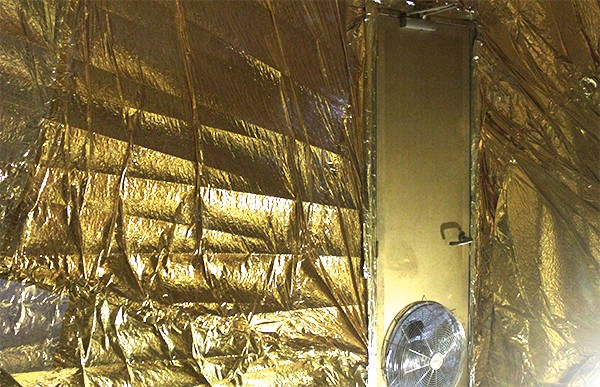 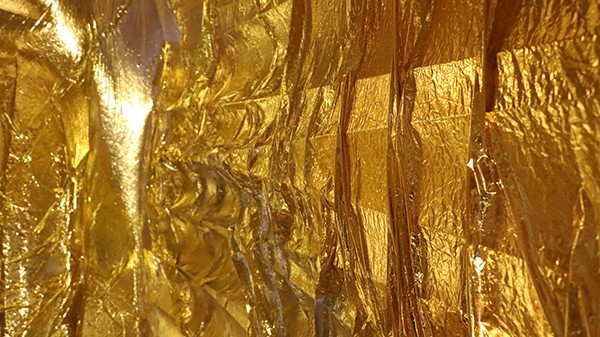