Espaço 180
Lisbon, Portugal
14 – 17 November 2013
18 x 15 x 8 m
Delighted to collaborate with Canal 180 for a second time, an outdoor inflatable was proposed at the innovation and creativity fair, Festival IN, Lisbon.
The limits of Espaço 180 were determined by a series of 8 meter-high flagpoles placed in a carefully selected order, 180 cm apart.
Once the inflatable took form, two contrasting yet relative spaces were created: an open-air space within the structure delineated by the inflatable’s outer shape, and a second inside the inflatable itself.
With this in mind, the installation was designed to be experienced from multiple perspectives. Entering via the inflatable, rather than the more obvious open-air route, the visitor walks through its impressive red hallways contemplating the central, inaccessible and veiled space within.
From a distance, the inflatable’s monumentality – crowned by white flagpoles, bright red coloration offset against a blue skyline – differed drastically to the personal, contemplative experience within. 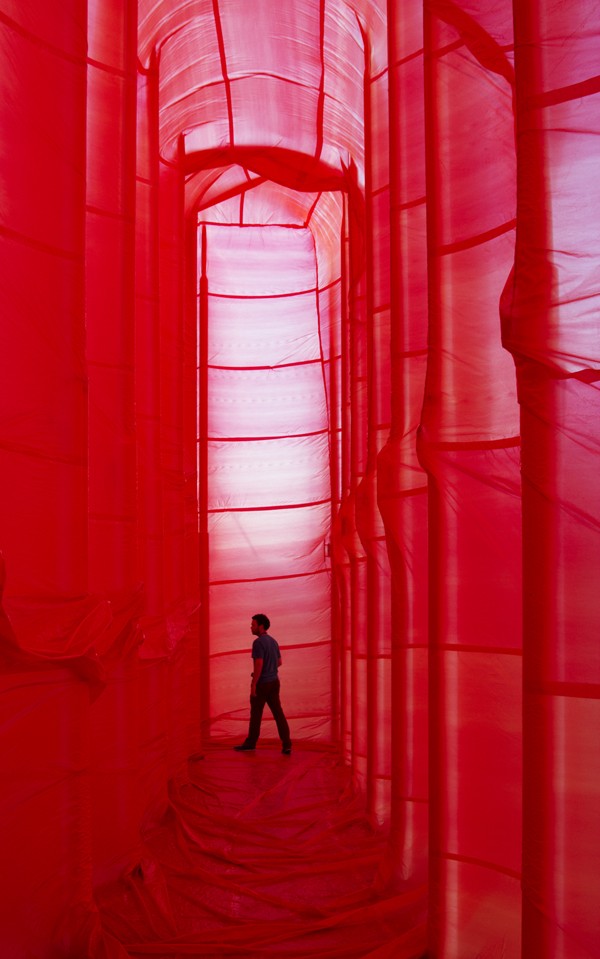 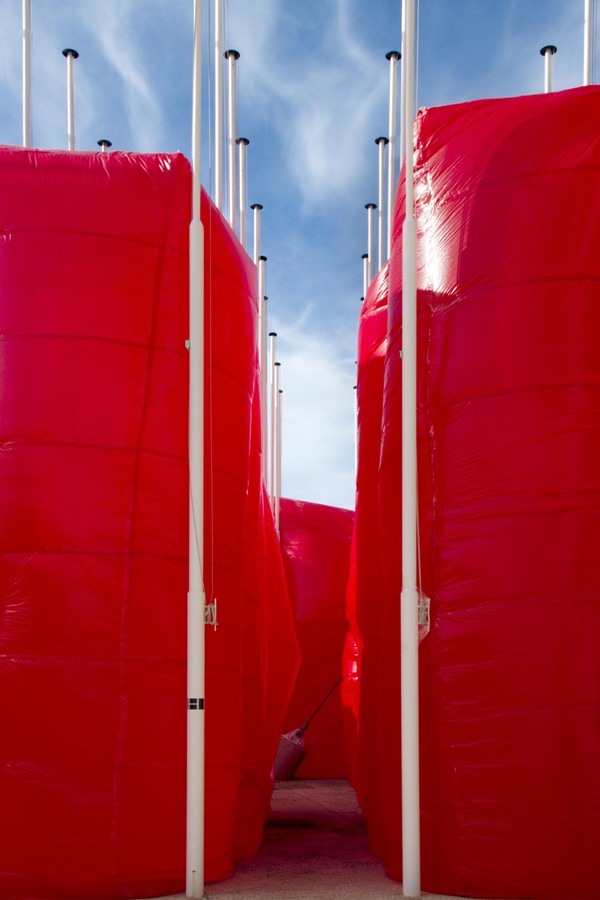 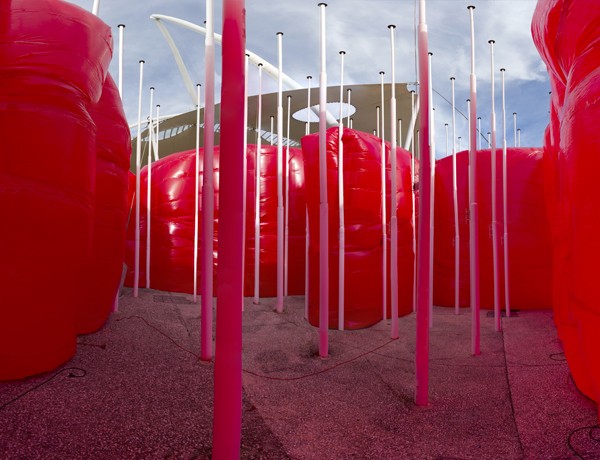 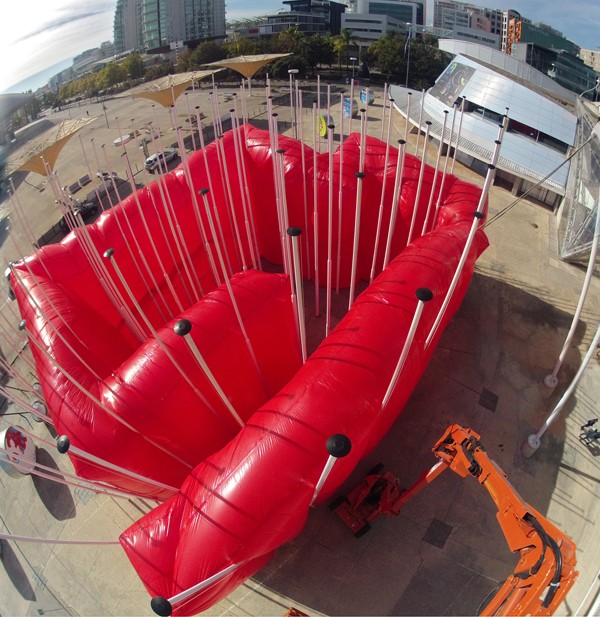